View from the front deck (at the cabin):

Mood Reading: ZZZ’s (stayed up to finish the end of a book I’ve been reading and couldn’t get to sleep right away.  I love books that stay with you afterwards…)

It’s nothing really, just a little itty bitty thing all marriages deal with from time to time. But what it lacks in size it makes up for in impact on marital stability, so one would be foolish to underestimate it’s small but mighty power.  According to virtually all of my friends, it seems to be a universal in truth and obviously worthy of it’s own blog post. 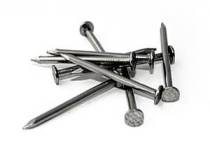 Though it may be miniscule, (usually much smaller than the tip of a pencil eraser) it seemingly has the power to evoke alarm, trepidation, and even panic in the minds of countless men in households across the country and as far as I can tell, offers the single most compelling reason to motivate even the most reticent of them out of their pre-occupied stupor and into immediate and authoritative action.

Nothing can instill the fear of god and grab a man’s attention like that casual little question called out by the missus from the far reaches of the back of the house: “Hon, where’s the hammer? I want to hang a little picture…”

That tiny vacant little space in the drywall occupying the size of a 2d nail seems to incite the same apprehension and dread in otherwise perfectly reasonable adult males everywhere.  You’d think the thing was big enough to drive a Mac truck through for all the anxiety produced by even the thought of creating it.

I have talked to dozens and dozens of women about this very subject and they all to a woman say the same thing.  As soon as you mention hammering a simple little hole in the wall, a complete and extensive physical and emotional transformation takes place in a few seconds in their otherwise perfectly rational life mate that rivals the one that took Chastity to Chaz Bono over a course of 18 months, several surgeries, and countless hormone injections.

The inner engineer that we never knew existed under that laid back, laissez faire

exterior quickly and quite suddenly bursts forth with heated urgency along with a fully stocked toolbox, slide rule, level, protractor, 20’ steel measuring tape, an assortment of nails, screws, butterfly widgets, a couple of those fancy hanging thingamajigs from Home Depot, framing wire in three thicknesses, and a ladder — leaving many of us who have the said item,  a 5” X 5” picture, plate, cross-stitch, what have you in one hand, and a rusty bent carpenter’s nail found in the back of kitchen junk drawer in the other, muttering “WTF???”

Often, (at least around my house) the subsequent conversation goes something like this:

–Well then, decide where you want it.

–oh I dunno, let’s try it about here.

–No, you have to be more specific. It should be equidistant from either side, exactly centered between the molding and the door, and I need to measure the distance from the ceiling…here hold this, let me just get the level out, wait DON’T move it for god’s sake, ummm where did I put that butterfly bolt…

–What’d you do THAT for?

–‘cause I wanted to see how it looks.  Hmm, I think it needs to go a smidge to the right.

—WHAT THE HELL ARE YOU DOING NOW?? WE’VE GOT TWO HOLES!!!

–yeah, and that one looks much better, but you know what, let’s just move it down just a teensy tiny little bit….

—WAIT A MINUTE FOR GODS SAKE, GIMME THAT THING –YOU CAN’T JUST  GO HAMMERING AWAY WILLY NILLY!! YOU HAVE TO…

—Sure I can, big deal. Here, I think this looks right…

and so on and so forth.

I swear, in the minds of most men there is this one cardinal rule, an Eleventh Commandment if you will:  Thou shalt not, under any circumstances, pound more than one nail hole per wall hanging.  Lightening will bestoweth on thou otherwise.

I, on the other hand am partial to the willy nilly approach.  Doesn’t bother me a bit to have several holes (that no one will ever see) behind a picture, plate, cross stitch, canoe paddle  what have you.  That is what spackle is for. (and it is my secret belief that all that spackle is actually what holds the house together when the earthquakes the west is known for come rolling through unabated.)

In all the years I’ve been entertaining – New Year’s Eve Parties, dinner parties, coffee klatches, campaign soirees and homeowners meetings  – I have never once, NOT ONCE, seen someone lift the corner of a picture or mirror hanging on my wall to see what is

underneath.  I’m pretty comfortable with that.

When we remodeled a few years ago I bought a ginormous mirror to hang over the sofa in the newly created sitting room off the kitchen.  It is a wrought iron frame and must weigh at least 167 pounds, or so it seemed when contemplating hanging it.  Thus, it sat on the floor for literally weeks as the hubby and I walked past it repeatedly, wondering  how the hell we were going to get it up and on the wall.

I could sense this could be World War III in the making.

Finally, the suspense and anxiety it was causing sitting like the elephant in the room got the best of me.  One afternoon I decided what the hell, how hard could it be.  I rummaged through the laundry room drawers for the stud finder, grabbed a few of the biggest honkin’ 30d nails I could find leftover from the remodel and started pounding away.

I hammered a line of three of the nails into three studs, chipping just a little of the drywall in the process, no problemo.  When I went to lift the mirror, well, uh, that was a problem.  I couldn’t – it was too heavy.  I called my girlfriend who immediately recognized the urgency in the situation (she has a husband too) – we HAD to get this bad boy up before the spouse got home, and it HAD to be right for the preservation of the union.

She came rushing over and we both heaved mightily, hooking the wire first on one end and then on the other.  We stood back and surveyed our handiwork.

–Does it look like it’s going downhill to you?

–yep, to the right.  If we just lift the right side off the center and right nail, you can hold it, I’ll rip out those two nails and I’ll move them up a smidge.

We set to work.  I ripped out the offending nails while she held the corner of the mirror up – losing only a bit more drywall (well, okay, a few chunks) in the process.  Before she replaced her corner on the newly repositioned nails she asked:

We replaced the mirror, it was straight, we gave ourselves a high five and opened the Chardonnay.  The hubby came home, saw the mirror, thought it looked great (and looked relieved that World War III was successfully avoided.) I went to bed feeling all was right with the world.

As I lie in dark that night waiting for sleep to wash over me – I was suddenly gripped in panic with a last minute terrifying thought:  What if the thing drops off the wall in the middle of the night or worse, OMG what if HE attempts to lift the mirror off the nails to see the destruction underneath???

But then the calm and soothing voice of reason emerged from the dark corners of my worry and gently whispered into my anxious ear “Don’t fret dear one, rest be assured, you can safely go to sleep and dream — he not only doesn’t want to know…but that mutha f***er  ain’t goin’ nowhere.”